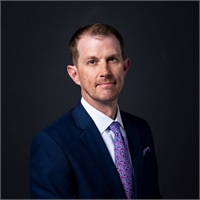 At the start of his financial career in 1994, Michael Avery worked for various companies and climbed several corporate ladders, being led by the work ethic he learned growing up on a North Carolina tobacco farm. In 2002, Michael became the Chief Operating Officer for a national mortgage lender which was ranked by Thompson Financial as the largest privately-owned mortgage company in the US at the time. During Michael’s tenure that company originated over 7 billion dollars in mortgages.  In 2008 during the financial crisis, Michael left the corporate world and returned to his passion of helping people one-on-one with their finances.  In 2009 he began his insurance practice focused on debt relief and financial planning. In 2013, Michael added investments to his practice and has never looked back.  Today, Michael is the principal owner of RITE Financial Group, LLC, a Registered Investment Advisor in Lexington, KY. Having access to insurance and investments allows Michael a full suite of choices when advising clients.  Among his industry achievements, Michael has been featured in Success from Home Magazine and has been published in Vanguard Magazine. Michael is a BrandVoice contributor in Forbes and is a member of the Ed Slott Elite IRA Advisor Group.  He also holds the National Social Security Advisor® designation.